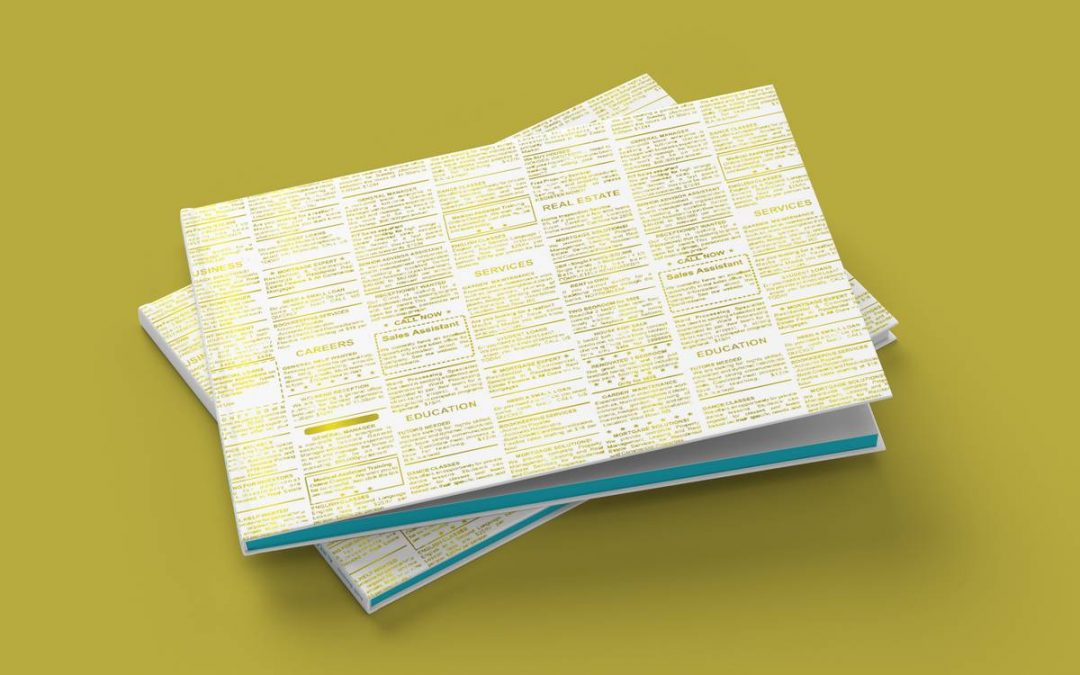 Already but not yet

The City of London Corporation is one of the most important financial districts of the world and its architecture makes its economical dominion over the territory and the whole society itself particularly visible. In the contemporary metropolis, the highest building of the city is no longer the church, as it used to be in old cities. The symbolic presence of the church, which visualised the power of God on earth, has now been secularised. Corporations are now fighting each other to have the tallest building in order to express their symbolic control over the territory.

In relation to the economic and social control as well as labour exploitation, Byung-Chul Han argues that neoliberalism’s ways to increases the workers’ productivity have changed; nowadays rather than to forcing the workers, neoliberalism motivates them, replacing the ‘should’ by the ‘can’. This motivational discourse that Han refers to is daily present in corporate jargon: ‘initiative’, ‘motivation’, ‘sacrifice’, ‘effort’, ‘improvement’ are words that circulate every day in the offices in order to motivate the workers. In terms of workers production, the ‘can’ is in fact more efficient than the ‘should’. In relation with workers productivity, the ‘should’ defines and reaches its limitations, while the ‘can’ does not imply any predetermined one. In this context, in which the workers seem to have some freedom for their productivity, Han questions the idea: ‘Although the achievement-subject deems itself free, in reality it is a slave. In so far as it willingly exploits itself without a master, it is an absolute slave.’

The idea according to which the work production seems not to be defined is well reflected in the complementary salary of the bonus by corporations; in this way, the salary becomes something that cannot fully be determined, and neither can the work efficiency. In an environment where any productivity seems to be enough for companies, and labour productivity is not determined, the workers seem to be constantly exploited in the search of achievement. In this incomplete journey, the stress levels, anxiety, depression, as well as the insolation or fear not to achieve corporate goals, are psychological consequences and mental health disorders of new labour exploitation that neoliberalism pretends to put aside from its motivational discourse.

The series ‘Already but not yet ‘ visualises the individual vulnerability and subordination to economical powers, which tend to reduce our existence to work achievements and material accumulation. With the aim of exploring the hidden ways of surveillance and labour conditions in the neoliberal society, this series challenges official and conventional representations of the metropolis, transforming it from mundane life into something uncanny. 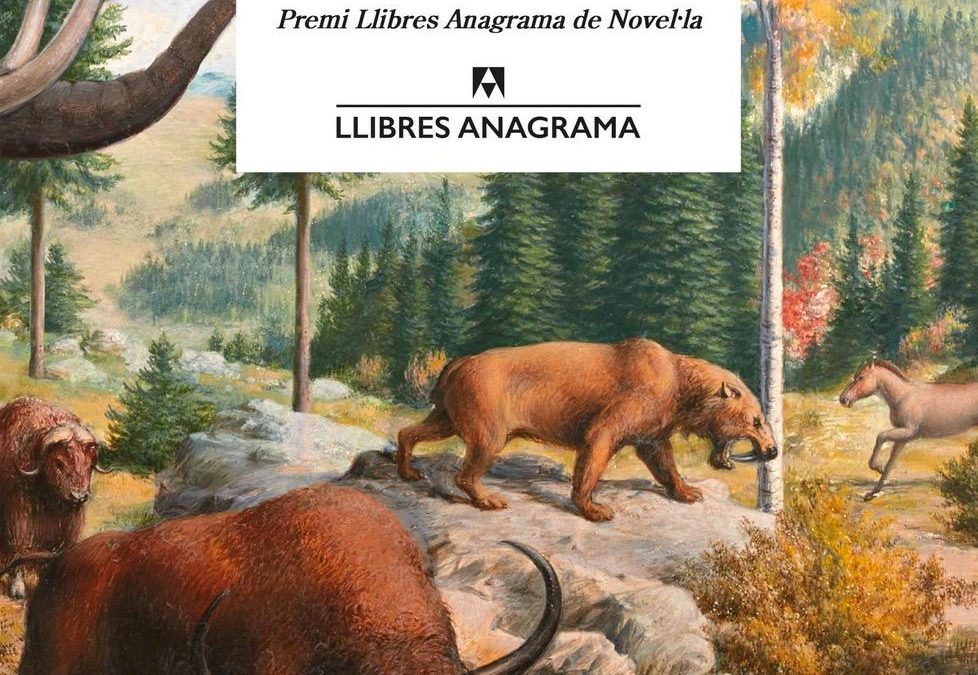 On May 19, Catalan author Irene Solà was proclaimed one of the winners of the 2020 European Union Prize for Literature (EUPL), which recognizes emerging fiction writers from all over the continent. Solà’s awarded book Canto jo i la muntanya balla has been a word-of-mouth phenomenon since it won the 2019 Anagrama Books Prize and one of the long-sellers of the most recent Catalan literature.

The novel has been published in Catalan and in Spanish by Editorial Anagrama. The foreign rights have already been sold in several languages: in English to Graywolf Press (USA) and Granta (UK); in French to Seuil, and in Italian to Blackie Edizioni. Following the EU Prize for Literature shortlist, the work aroused the interest of three other publishers: Tri Publishing Centre (Macedonian), Vuković & Runjić (Croatian), and Magveto (Hungarian), which have already acquired the rights.

The EU Prize for Literature includes 41 countries participating in the Creative Europe program – an initiative aiming at strengthening Europe’s cultural and creative sectors. The EUPL was launched in 2009 and has since recognized 122 winning authors through 11 editions. Each year, the EUPL awards one winner per country from one third of the participating countries. This year’s edition awarded 13 countries: Belgium, Bosnia and Herzegovina, Croatia, Cyprus, Denmark, Estonia, Germany, Kosovo, Luxembourg, Montenegro, Northern Macedonia, Norway and Spain (with shortlisted books written in Spanish and in Catalan). The members of the jury for Spain were Xavier Aliaga, Antonio Ávila, Sara Sánchez, Dolors Udina and Fernando Valls. 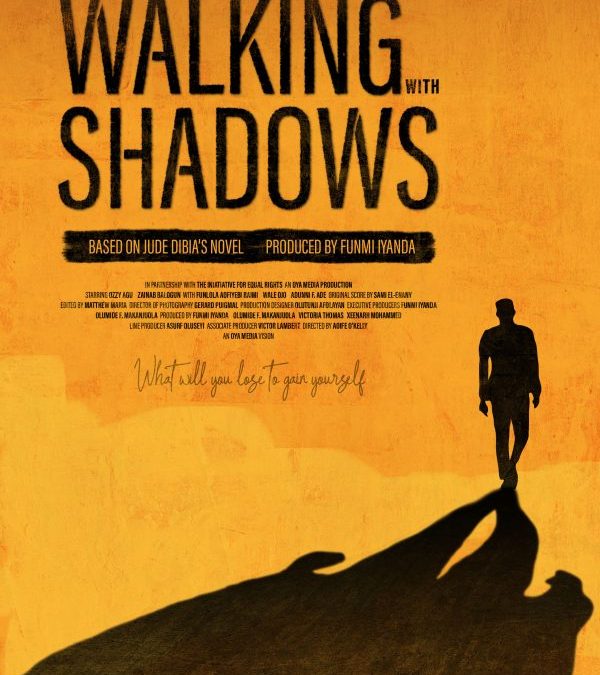 MOSCA creative Gerard Puigmal is the Director of Photography of ‘Walking With Shadows‘, featured this year at the BFI London Film Festival.

In Lagos, Nigeria, Ebele Njoko has been running all his life.

A search for acceptance and love from his family, has led him to recreate himself as Adrian Njoko, respected father, husband, and brother. Suddenly, Adrian’s past and secrets have caught up with him and his world soon begins to crumble as he frantically tries to control the growing ripple effect of a revelation. Walking With Shadows is adapted from Jude Dibia’s 2005 book of the same title, which was awarded Sweden’s Natur och Kultur Prize. It stars Ozzy Agu and Zainab Balogun.

The 63rd edition of the festival will be held from the 2nd to the 13th of October with five Catalan productions in its program.

Staff Only by Neus Ballús (El Kinograf, Ikiru Films, Televisió de Catalunya, Les Films Hatari) will compete in the Films in debate section, a  selection of films that attract the attention of the audience and surprise them.

Suc de síndria (Watermelon Juice) by Irene Moray (Distinto Films), a short film that is part of the Shortcat 2019 program, will compete in the Films in Love-In an age of consent section, dedicated to short films.

Moreover, the biographic documentary by Alexandre O Philippe Leap of Faith (Screen Division, Exhibit A Pictures, Milkhaus) will participate at the Films in Thrill section.

Finally, the production Fire will Come by Oliver Laxe, a film promoted by the Master’s in Creation Documentary will participate in the Films in Dare, a selection of films that take the viewer out of their comfort zone.

More information about the BFI London 2019 on this link. 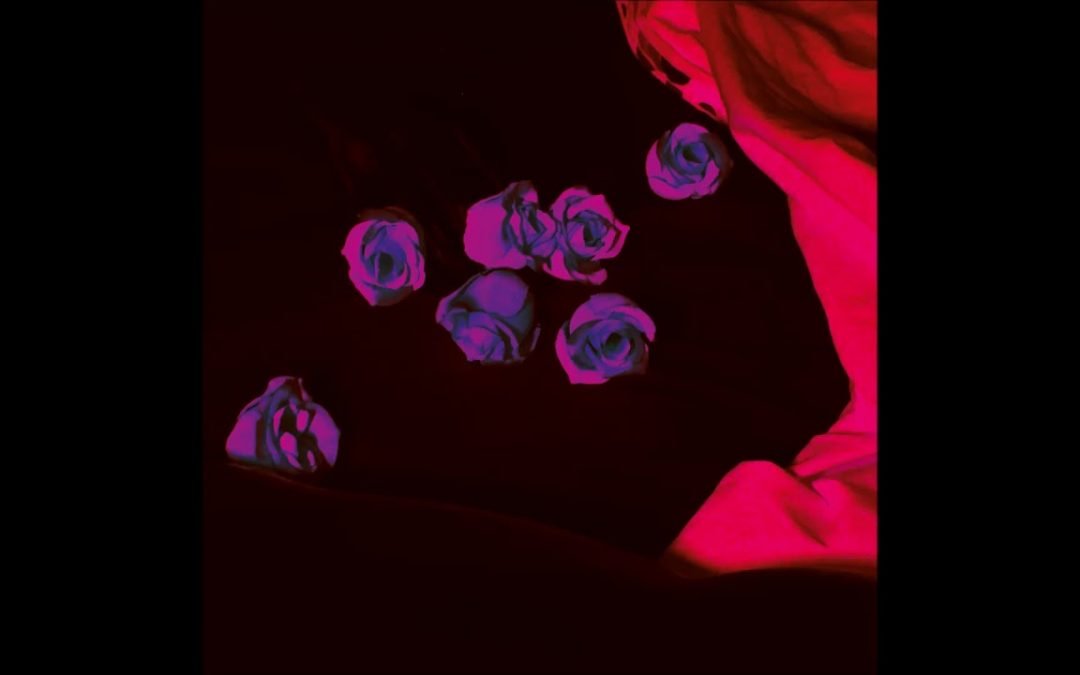 SION “Love & Something Else”

SION “Love & Something Else” releases on December 2nd

Provocatively named after the Jerusalem mount, Francesc Oui’s songwriting and singing alter ego brings along a sad futuristic ballad that is reminiscent of New Order, Depeche Mode and, why not, Lana Del Rey. Written by Mozambican surfer and songwriter Eufrágio Manguele, produced by Fermin Duran (who also signed a remix – out soon), “Love & Something Else” has a deliberately low-fi, vaporwave vibe that exudes that shady New Wave atmosphere as much as the early Old School. Only for darkroom lovers. 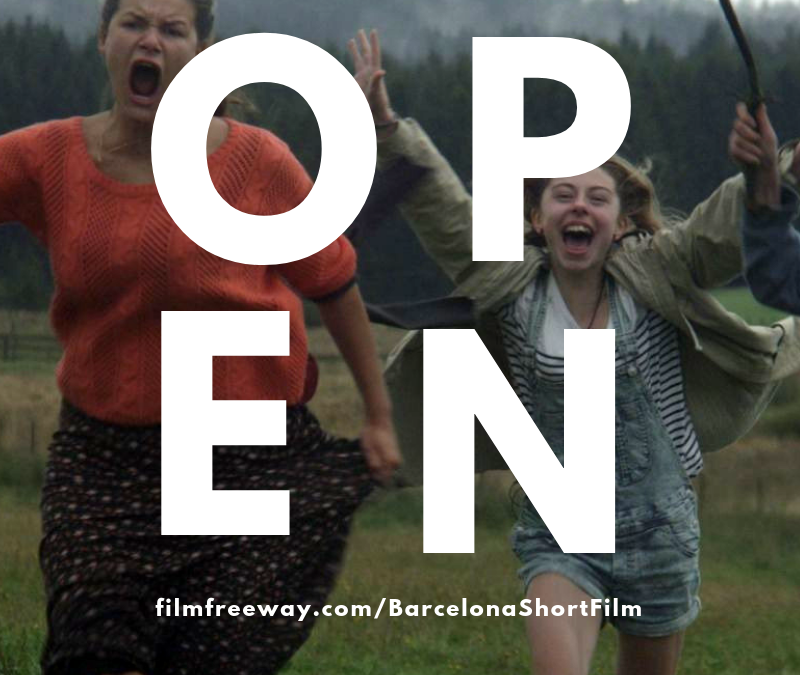 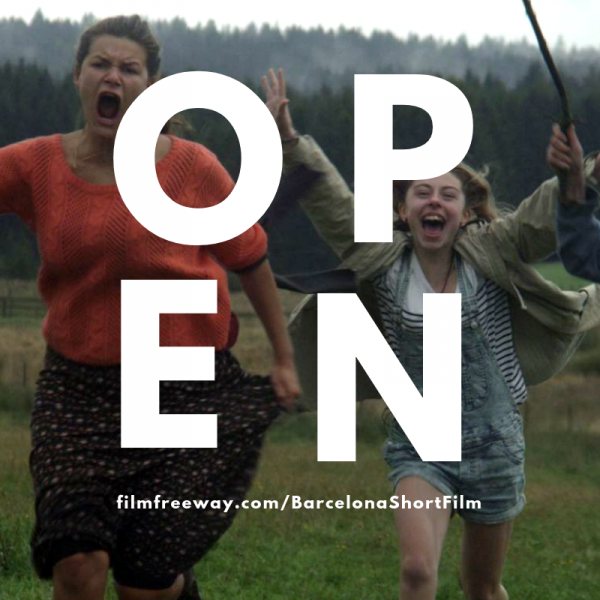 We are excited to announce that submissions for the Barcelona International Short Film & Video Festival 2019 are now open!!

All submissions through FilmFreeway: www.filmfreeway.com/BarcelonaShortFilm

An international jury will select the winning categories including, Best International Short Film or Video 2019, which will receive 1000€.

BSF 2019 will screen in Zumzeig Cine, Barcelona. Zumzeig Cine is an independent, non-profit organisation, and the first cooperative cinema in Catalonia.

You can view the trailers for the 2017 selection and winners on our Vimeo page: https://vimeo.com/barcelonashortfilm

You can view the 2017 Programme here:

We can’t wait to view your submissions! 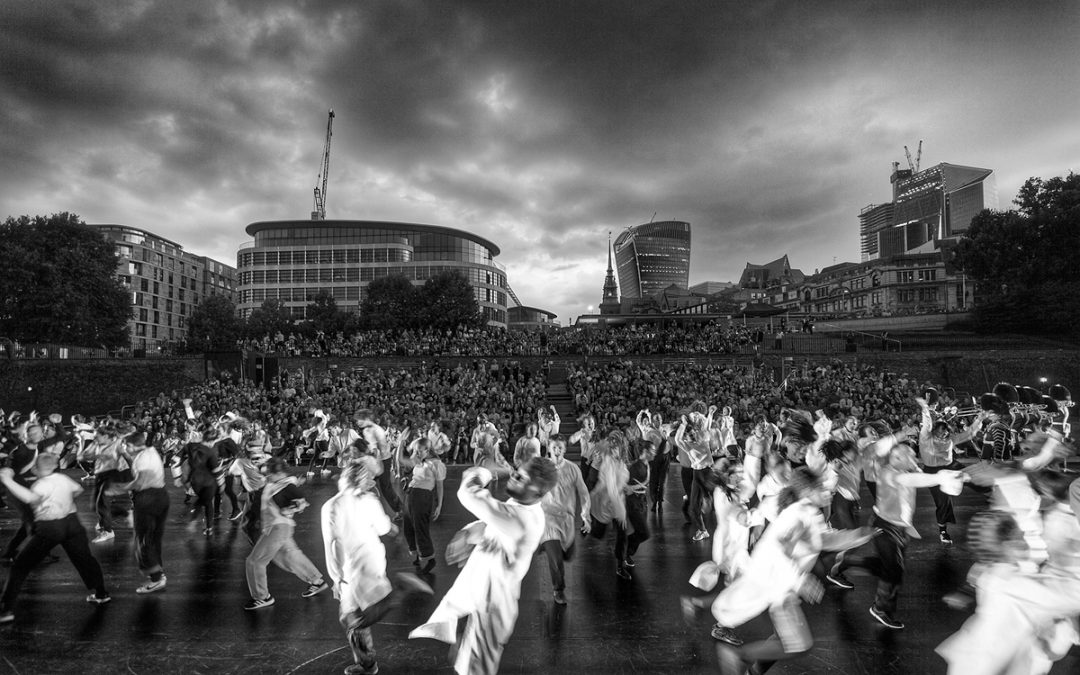 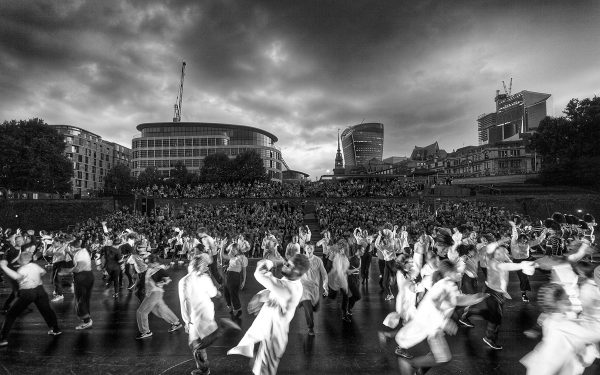 The LIFT team are a small, upbeat and creative bunch who will guide the LIFT Placements through the day to day activity that goes into creating our world-famous biennial festival, our pioneering work in Tottenham, artist residencies, international networks and more. Available to those currently in education, this opportunity provides students with practical, hands-on experience and sector training that will expand and enhance their skills and support their career development.

This longstanding initiative is an opportunity for students in higher education to get hands-on experience in an international arts organisation, it has been developed in response to a need our Higher Education Institution partners have raised and is only open to students who require a work placement as part of their course, providing a contextual experience for those studying relevant subjects.

Each placement provides additional rather than essential support to the LIFT department in which they are based while gaining an overview of the organisation in general. As well as practical experience, the programme provides participants with guidance and structured feedback and opens doors to many professional networks and opportunities.

UK Music Video Awards 2018 at the Roundhouse in London

CANADA were there in strength – the whole company coming to London from Barcelona to the ceremony, and then claimed two awards, including the final one of the night, for Best Director – making the directing duo of Nico Méndez and Lupe Serrano, the very first directors to win the award twice. 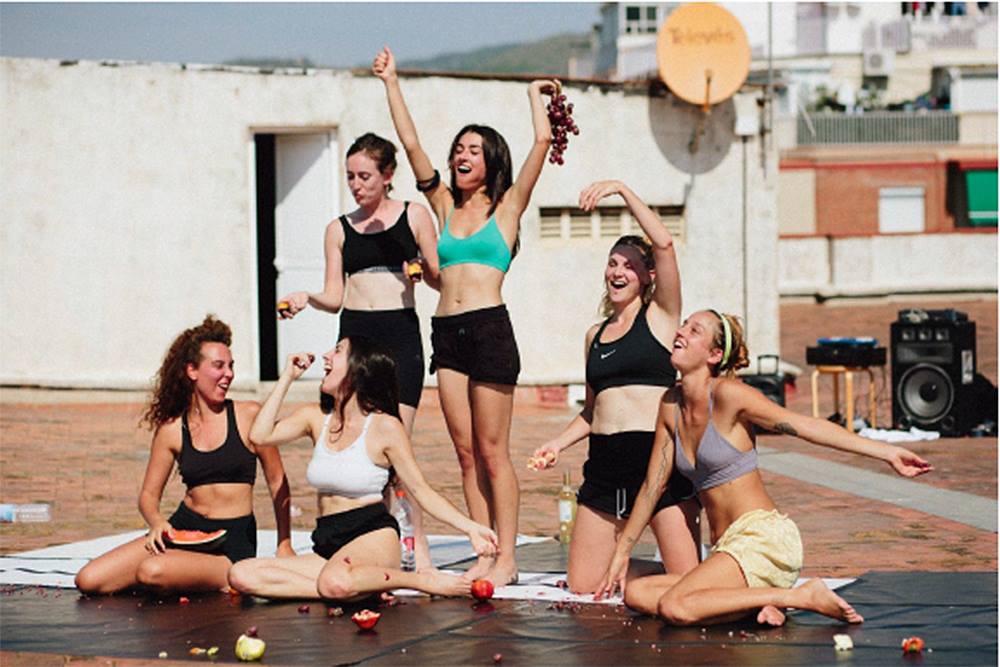 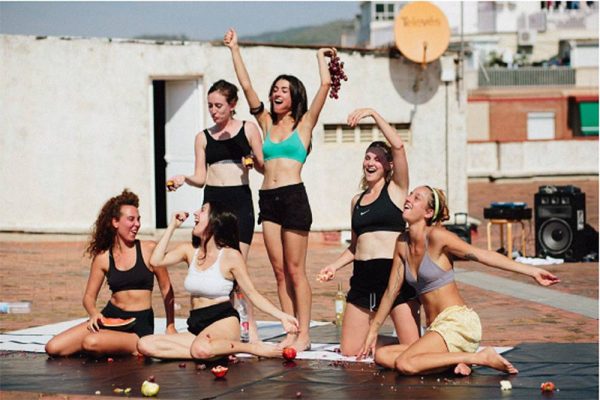 LA INFINITA de l’Hospitalet is a laboratory of artistic creation, research and production in L’Hospitalet de Llobregat (Barcelona). LA INFINITA wants to generate new encounters between the visual and living arts through a program of residencies, new productions, exchanges, workshops, public events and didactic programs open to the city. 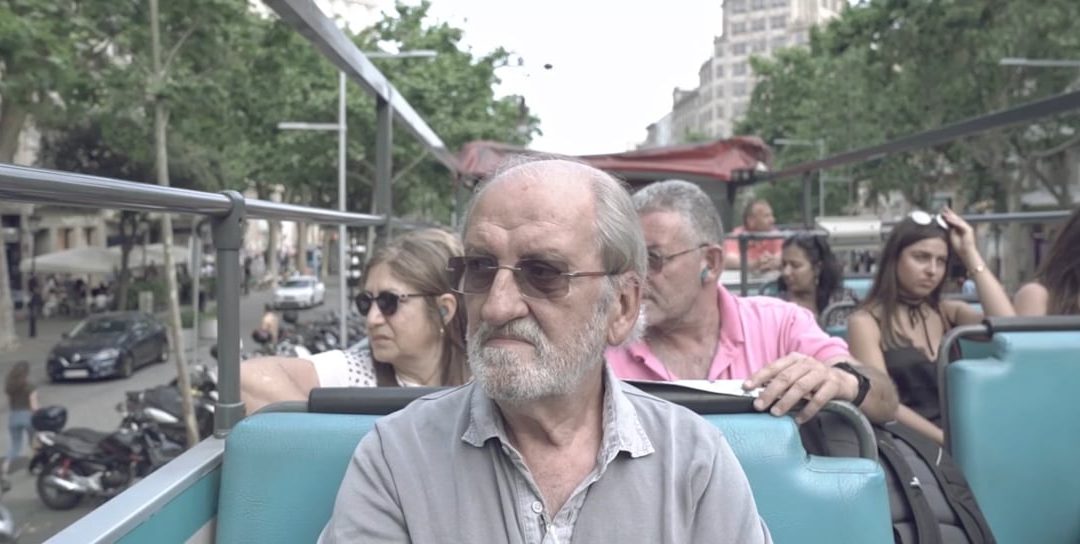 At MOSCA, we want to bring awareness to this interesting documentary:

Barcelona has become one of Europe’s tourism epicentres. In 2016, the city hosted over thirty million tourists, which placed it near the top of the list of the continent’s most visited cities along with London, Paris, Rome and Berlin. This figure was a new record for the city, yet more evidence of the unstoppable growth of tourism there.

But what are the consequences of all of this for the people of Barcelona, a city with just over 1.6 million inhabitants? Already, a number of academic studies have observed that mass tourism, coupled with the spike in real estate speculation that comes along with it, are eroding Barcelona’s communities, with residents gradually being forced to abandon their homes and neighbourhoods. A study commissioned by the city council itself in late 2016 concluded that in just the past 10 years, 11% of the residents of Ciutat Vella, the city’s old town, have had to move away due to the expansion of the tourist industry.

City for Sale takes an in-depth look at the lives of four Barcelona families to show how mass tourism is wiping away the city’s essence and its beauty. The documentary follows its subjects for nearly two years, and over that time it becomes clear how mass tourism has marked these families’ lives. Through their eyes, we see mass tourism’s real impact on Barcelona’s old city, the part of town that draws the largest number of tourists, but also the neighbourhood most steeped in history, culture, tradition and charm. Viewers will find it easy to connect with the stories recounted in the film, and they might even personally identify with one or more of them.

The documentary is an appeal to empathy and a plea for reflection, and it reveals like never before the human face of a problem that is not only social but also economic and political, an issue that affects a number of other “fashionable” cities like Madrid, Venice, Amsterdam, Lisbon, Rome, Prague or Paris.