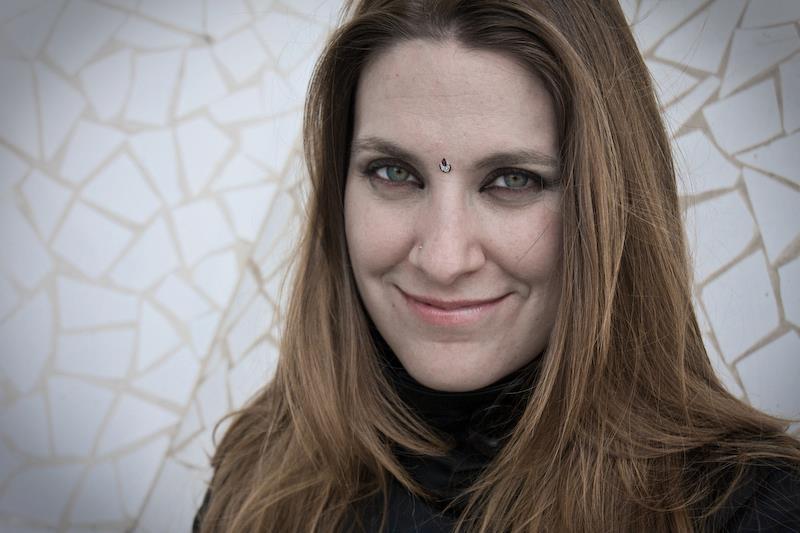 I got to know about Mosca via my friend Estela Merlos after I told her that I was interested in finding other creatives (mainly of the visual field) to collaborate in an audio immersive experience I am working on.

Also, been born myself in Barcelona (although left at early age) and having still strong bonds there (I ́m based in London since 2011), from November onwards I ́ll be travelling back and forth to this city.

Yaiza Varona is a media composer, musicologist and Logic X and 9 Master Pro based in London.

She divides her time between writing music for the media (TV, film, theatre, libraries, member of PRS) and some personal projects, among them experimental fussion music (The Malformed Creatures). She is also a featured editor in SCOREcast Online among other professional platforms writing specialised articles on Musicology and Logic X and 9.

In the past, she has been published by West One, CouldB, Synctracks, Felt Music, MIBE or Bedtracks among others, having her TV work most recently being broadcast in TV shows such as HBO ́s Emmy nominated Vice, America ́s Next Top Model and several shows in Discovery Channel, ITV, BBC2, Sky Living, Channel 4, Channel 5 and more. She has also written for theatre, radio, film and advertising as well as demoed for several sample libraries.

On her background: Born in Barcelone in 1978, she is currently based in London. She has a Degree in Musicology by Granada University in 2003, studying Early Music and Music Critics specialization subjects, and a Certificate in Media Composition. Her interests also include Music Technology and ethnic music research. She is a Logic X and 9 Master Pro certified by Apple, working also as a instructor and consultant in person and online.